Getting ourselves back to the garden

A pop-up prairie garden in the shadow of Rice University’s Shepherd School of Music and adjacent to the Turrell Skyspace intends to exemplify what Houston’s future landscape could — and probably should — look like.
“Prairie Plots” is a living installation created by Maggie Tsang, a Wortham Fellow at Rice Architecture, in collaboration with Rice’s Facilities, Engineering and Planning Department. Installed by volunteers, it incorporates more than 1,300 plants and seeds, including grasses, selected for their ability to thrive in a harsh climate.
The installation, created with help from Rice’s Creative Ventures Subvention Fund, came together over several months, first with the removal of turf grass from the roughly 10,000-square-foot grid of plots separated by aisles and then with a mass planting on May 18.
Tsang noted Rice groundskeepers have been “incredibly generous” with their time and effort to help implement the project.
“We reached out to them early in the process to see if we could rework one of the large lawn spaces on campus into a prairie garden, and they were very enthusiastic and engaged,” said Tsang, recently honored for her firm’s environmentally conscious work by the Architectural League of New York.
As part of her League prize exhibition, Tsang and her landscape architecture firm, Dept., will offer free prairie plants to the public in a “remnant nursery” on May 22 from 5 to 8 p.m. at the West Alabama Ice House, 1919 W. Alabama St., Houston.
As in other works by her firm, the Rice installation illustrates the consequences of planting turf grasses — the staple of suburban Houston lawns — where tallgrass prairies were once the norm.
“Rice has a great deal of lawn area, but with this project, the university can act as a model for the rest of the city by rethinking lawns, planting perennial species that increase biodiversity, improve soil health and groundwater infiltration and require fewer resources for maintenance and upkeep,” Tsang said.
The prairie plants were selected for their resilience in Houston’s extreme heat, flood and drought conditions. They include tall Indian blanketflower and Texas coneflower, shorter rattlesnake master and a prairie grass, little bluestem. Tsang said some came from Houston nurseries and others from local prairies with help from the Coastal Prairie Conservancy.
“Lawn-mowing maintains a particular aesthetic for open space, but the carbon emissions from garden and lawn equipment can be really harmful,” Tsang said. “It's unhealthy for the worker, it’s costly and there are better alternatives.”
Tsang noted the grid design will allow visitors walking along the existing strips of turf grass to see the dramatic difference between a Houston lawn and natural prairie.
“And the prairie garden requires very little maintenance,” she said. “There’s only one major maintenance requirement per year, in the winter months, when everything is dormant and gets mowed to the ground. This encourages growth in the spring and summer.”
Prairie Plots’ location was chosen to reduce mowing and irrigation of its extensive turf grass, and because it’s surrounded by areas of Rice visited by a lot of people, including Reckling Park and the Moody Center for the Arts.
Tsang intends the garden to remain in place until at least early 2023, and she plans to install signage and possibly benches while the plants grow.
“We’re hoping it’ll stick around for the longer term, and that it will inspire more projects across campus,” she said. “I also want to draw attention to the Harris Gully natural area, which is a remnant of what the coastal prairie around Rice’s campus was once like. It is a biodiversity hotspot on campus”
Igor Marjanović, the William Ward Watkin Dean of Rice Architecture, lauded Tsang’s efforts to address ecological, social and political challenges. “Through her remarkable research project on the beauty, fragility and sustainability of grass, Maggie is addressing these large-scale issues in a very unique way,” he said.
“She is using a nimble set of strategies that look at the very fundamentals of the ground on which all architecture is built — the soil and the grass — reminding us of the remarkable capacity of architects to be agents of change both on city-scale and that of a single building lot,” Marjanović said. “This breadth is truly reflective of Rice Architecture as a holistic, generalist school where faculty work freely across scales and disciplines, unrestricted by departmental or disciplinary divisions.”
Tsang thanked the Rice community members and volunteers who helped plant, including Christian Ayala-Lopez, Ekene Emenike, Maggie Martin, Jenny Judge, Preston Branton, Brandon Martin, Wallace Ward and John Egan, along with her Dept. partner Isaac Stein. She also thanked Nature’s Way Resources and MicroLife for their support of the project.
This news release can be found online at https://news.rice.edu/news/2022/getting-ourselves-back-garden.
Follow Rice News and Media Relations via Twitter @RiceUNews. 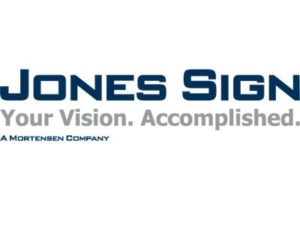