No part of the country is immune to natural disasters. Nevertheless, insurance companies often deny claims even when the insured party has paid their premiums as agreed. They take the business owner's money and then act in bad faith when the owner files a claim. In many cases, they use unethical practices to pressure the business into dropping its claim.

A failure on the part of the insurance company to pay the claim can interfere with normal business operations, as the owner doesn't have the funds to recover from the disaster. Productivity and profit are often negatively impacted, and the losses sustained by the business could be disastrous. For this reason, the business owner might find they need an insurance attorney. 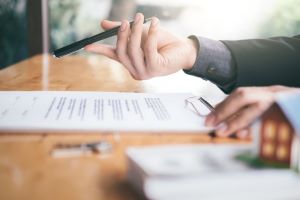 Disputes: Insurance companies often try to dispute different parts of the contract. The policy isn't written in simple terms, and the owner often finds the insurer tries to say their damage is excluded under the policy. At other times, the insurer disputes the cost of the damages and offers a lower amount than is needed to get the business up and running again.

Delays: Another tactic often by insurance companies involves delaying claims. They do so hope the business owner will give up and pay for the necessary repairs out of their own pocket. Sadly, this tactic often works. The business owner pays their premiums and then pays for the repairs even though they had the required coverage. The insurance company makes a nice profit in situations such as this. An experienced attorney works to ensure the owner gets what they are due under the policy they pay for.

Fraud Investigation: An insurance carrier might launch a fraud investigation in an attempt to get a business owner to drop a claim. The insurer may say the owner is claiming more damage than truly exists or might state the business owner didn't lose the items named in the claim. Again, they do so in the hopes the owner won't want to deal with the hassle of an investigation and will drop the claim. 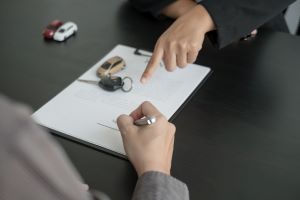 Business Interruption: Many business owners pay for a business interruption policy. This policy covers things such as lost profits when the business cannot operate for any reason, including losses from government-mandated closures. A claim of this type takes time to adjudicate as the business owner needs to fully document their loss. They may turn to an attorney for assistance in doing so.

Insurance companies only remain in business if they make a profit. To do so, they often draw out the claims process to encourage business owners to settle for less than they are entitled to or withdraw the claim completely. No business owner should allow this. If you feel your claim is being unfairly delayed or denied, seek help from an attorney.
When an attorney becomes involved in the process, insurance companies take notice. They understand the costs of fighting a claim and know the attorney will work to ensure their client gets what they are entitled to under the policy. As a result, they are more willing to resolve the claim in a way that is favorable to the client. Keep this in mind when you file a claim and find your insurer isn't treating you fairly. An attorney can change the dynamics of the interaction rapidly.