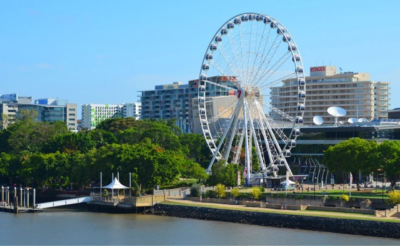 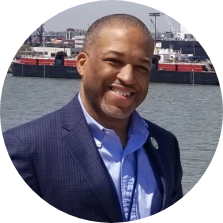 Photo Courtesy: Harlem Gateway Waterfront Initiative
About the Harlem Gateway Waterfront Initiative
The program comes to life through a series of scalable waterfront developments and attractions designed to draw thousands of local visitors from communities across the Hudson River, such as Edgewater, Fort Lee, Hoboken, and other parts of metro New York and the Tri-state area including New Jersey and Connecticut.
West Harlem’s waterfront will serve as an entry point into Harlem and its famed 125th Street, which includes Columbia University’s new $6 billion Manhattanville campus, the world-famous Apollo Theater, the Studio Museum in Harlem, and connects with famous local restaurants such as Sylvia’s, Melba’s and Red Rooster, as well as popular national franchises. "The Harlem Gateway Waterfront Initiative will stimulate local spending, create hundreds of direct and indirect jobs in the maritime, entertainment, and related sectors in the community, and encourage business growth along the waterfront,” says Johnson. "This will generate much needed tax revenue for New York City, and revitalize a community hard-hit by systemic inequities laid bare by the pandemic.”
The plan includes three phases, says Johnson, including the launch of the high-speed, 90-passenger sightseeing boat the Harlem Rocket next year. This will be followed by the 180-foot-tall Harlem Wheel, and a nonprofit cultural attraction, the Harlem Maritime Center & Museum, now in planning, which is conceived to "recognize the significant contributions of people of color to U.S. and international maritime history and achievement.”
Adding new business and industry opportunities around the site, the waterfront promises a center of maritime-based economic growth, say observers.
Partners and supporters of Harlem Gateway Waterfront Initiative are listed on the website, and Johnson’s colleague and co-founder, Michael A. Preston, vice president of Customer Experience and a board member of HARLEM WEEK, is also available to speak to the new and visionary development.