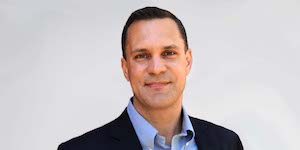 Zurich North America Head of Construction Kelly Kinzer announced that Tobias “Toby” Cushing has joined Zurich as Head of Construction Casualty for U.S. National Accounts, which serves large corporate and captive customers.
Cushing comes to Zurich from The Hartford, where he most recently was Head of Construction for Middle & Large Commercial.
At Zurich, Cushing will lead development and execution of diverse strategies to deliver excellence for customers in the U.S. National Accounts Construction Casualty portfolio. Cushing also will have direct oversight of the Construction Casualty field underwriting organization. He will be based in Schaumburg.
“Serving in a critical role, Toby will build on the strength of a knowledgeable, experienced and highly committed Construction team at Zurich,” Kinzer said. “I am confident Toby’s skills and experience will position the Construction Casualty team for continued success. We are excited to welcome him to Zurich.”
Prior to joining Zurich, Cushing held a number of leadership positions in his nearly 12 years at The Hartford. Those included Chief Underwriting Officer for Construction and Head of Field Underwriting and Sales. He also has insurance litigation experience, having previously worked for Saxe Doernberger & Vita, P.C.
Cushing graduated with a Bachelor of Science in Biology from Houghton College in Houghton, New York. He received his Juris Doctor from Quinnipiac University School of Law, in North Haven, Connecticut, and his Master of Insurance Law from the University of Connecticut School of Law in Hartford.
About Zurich North America
Zurich North America is one of the largest providers of insurance solutions and services to businesses and individuals. Our customers represent industries ranging from agriculture to technology. Zurich North America is part of Zurich Insurance Group (Zurich), a leading multi-line insurer serving more than 55 million customers – both people and businesses – in more than 210 countries and territories. Founded 150 years ago, Zurich is transforming insurance. In addition to providing insurance protection, Zurich is increasingly offering prevention services such as those that promote wellbeing and enhance climate resilience. Reflecting its purpose “to create a brighter future together,” Zurich aspires to be one of the most responsible and impactful businesses in the world. It is targeting net-zero emissions by 2050 and is one of the world’s most sustainable insurers, as shown by the S&P Global Corporate Sustainability Assessment. In 2020, Zurich launched the Zurich Forest project to support reforestation and biodiversity restoration in Brazil. The Group has about 56,000 employees and is headquartered in Zurich, Switzerland. Zurich Insurance Group Ltd (ZURN) is listed on the SIX Swiss Exchange and has a level I American Depositary Receipt (ZURVY) program, which is traded over-the-counter on OTCQX. Further information is available at www.zurich.com.

Kroger signs on to backup energy storage solution in California

Kroger is adopting e2Cos.’ R3Di system to guard its Ralphs distribution center in California against power outages. Installation for the backup energy storage solution is expected to wrap up by early summer, allowing the on-site system to be used as primary or standby backup power