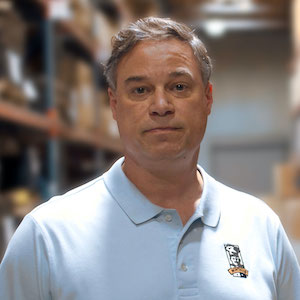 Filippo Berti, Chairman and Chief Executive Officer of the Ali Group, today announced Joe Deckelman has been named President of The Montague Company, an Ali Group Company, effective immediately.
In his new role, he will be responsible for the day-to-day management of The Montague Company.
Deckelman’s extensive background in the commercial foodservice industry spans nearly three decades, working in many different areas of the industry. He held the role of Vice President of Sales and Marketing at Champion Industries, an Ali Group Company, from 2010 to 2014. Joe also held various positions at Hobart and Wells Bloomfield. Deckelman joined The Montague Company in 2014 as Vice President of Sales and Marketing and was promoted to the role of Executive Vice President of Sales and Marketing in November 2021.
Since joining Montague, he has been integral to the company’s success. Deckelman has successfully managed all inside and outside sales functions, as well as the marketing and technical service/parts departments. Joe was instrumental in overseeing Montague’s Los Angeles Unified School District program, the largest unit and dollar volume rollout in the history of the company. Additionally, he founded the Club Montague program, which serves as the cornerstone of Montague’s channel strategy.
“On behalf of all of us at the Ali Group, I would like to congratulate Joe, welcome him back to our Group and wish him continued success,” Berti said.
About the Ali Group
Founded in 1963, the Ali Group is an Italian corporation with headquarters located in Milan, Italy, and North American operations based in Chicago, Illinois. Through its subsidiaries, the company designs, manufactures, markets and services a broad line of commercial and institutional foodservice equipment used by major restaurant and hotel chains, independent restaurants, hospitals, schools, airports, correctional institutions and canteens.
The Ali Group and its 81 global brands employ approximately 10,000 people in 30 countries and, in terms of sales, is one of the world’s largest groups in this industry. It has 60 manufacturing facilities in 15 countries and sales and service subsidiaries throughout Europe, the Middle East, North America, South America, and Asia Pacific.
For more information on Ali Group products and services, visit www.aligroup.com.
About The Montague Company
Proudly manufactured in the USA by skilled craftsmen, Montague offers powerful, high-volume, heavy-duty cooking and refrigeration equipment for any foodservice kitchen.
From custom island suites to ranges, ovens, broilers, fryers, refrigerated bases and much more, Montague has been dedicated to developing and bringing professional chefs of the world premium-quality appliances since 1857.
For more information on The Montague Company products and services, visit www.montaguecompany.com.