The importance of repurposing historic buildings 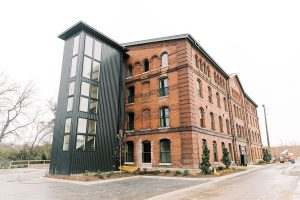 As cities continue to improve their infrastructure to keep up with progress, there is an unfortunate possibility we may lose pieces of history that bring color to a city. That is why many developers are making an effort to restore and repurpose historical buildings—to preserve and give them new life, rather than tear them down and building something fresh.
In Nashville, Tennessee, older buildings has become passion, even though renovating antique buildings comes with its challenges such as:

On a few occasions, we have been the only firm in town willing to take on an adaptive reuse project because of these challenges. But it is worth it to ultimately create a unique place with a story behind it.
The benefits of repurposing an older building include: 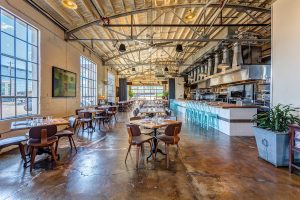 Preserving history
If you tear an old building down, it becomes harder to understand and narrate its history. Architecture from a long-gone era—the materials used and its overall design—has the ability to demonstrate how we lived and interacted during that time.
Take an old fire hall that was originally built in the early 1900s in Nashville. At that time, fire trucks still were horse-drawn carriages. From the part of the building that still exists, you can see the size of the original doors, which were made for the size of the carriages. They are not big enough for today’s trucks. In fact, we added a new parking area for the trucks, and it is the size of the original fire hall.
It is details like this that really give you an appreciation for how things used to be. It would be a shame to lose that educational aspect by tearing down the beautiful, historic structures that give our communities so much identity. 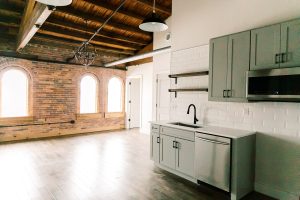 Adding charm and character
While a new building can be a sleek and stylish addition to the neighborhood, there also is something special about the character of an older, worn-in building. The nuances and architectural finishes of yesteryear are no longer commonplace, and those touches bring an individuality to the design that is hard to duplicate.
Of course, there are buildings that just are not salvageable, but if you can repurpose a structure, why wouldn’t you? After all, a mix of older and newer buildings can give a neighborhood an eclectic and inviting atmosphere.
That was the vibe behind a recent renovation of a four-story, 28,800-square-foot, Civil-War-era tobacco warehouse in Nashville. It was transformed into condominiums with an added, complementary building that included 12 more residences and a parking lot. The original building dates back to 1865 and features arching windows and a red brick façade that were staples in that time period. The most popular units were the ones with exposed brick on the interior, even including graffiti that remained from when the building sat unused.
While the building is not on the historic register, it is steeped in local history, and residents are enchanted by it. You would be hard-pressed to recreate this effect when starting a new building from the ground up. 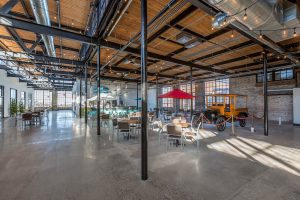 Reviving a community
Whether they have sat unoccupied for years or are just changing hands, historic structures are often pillars of the communities in which they stand.
Take the adaptation of an old warehouse into a 55,000-square-foot retail marketplace, where the owner knew how much the structure meant to the surrounding community. The 1920s-era former-hosiery-mill-turned-restaurant equipment store had been a part of the community for as long as many could remember.
The owner had a vision to give new life to the building. He had just turned down a multi-million dollar bid from a developer who planned to simply tear the place down. Instead, he insisted on restoring it, so that is what we did.
Now, not only is the old structure still standing, it is completely refurbished and serves as a popular place to dine, shop and gather that residents never would have had if the owner sold it for demolition. And the neighborhood continues to build up around it.
Potential cost savings
On a more practical note, some older buildings actually are very well built. If you can figure out a way to keep the bones of the building, but meet the current requirements and add some modern day components, it occasionally works out to be less expensive than demolishing and starting from the ground up. After all, commercial building demolition can start at $30,000, but be much more expensive for larger structures.
In addition, some cities will give you leeway on the code requirements for older buildings. If you start fresh, there are no exceptions, and you are locked into the cost necessary to meet all the requirements.
This is not always the case—there are plenty of unforeseen things that can go wrong in the process of restoring an old building, especially one that was previously abandoned. But there certainly is the possibility of saving some time and money on the project.
As you can see, there are practical reasons for repurposing older buildings, but there also are sentimental and educational ones. An adaptive reuse project can be really rewarding because you are not only preserving a story and a piece of history, you are giving a dilapidated, forgotten structure a whole new life and purpose.
__________________________________________________________
Glynn Dowdle, President and Principal of Dowdle Construction Group, is an industry veteran with decades of experience working in commercial construction. He leads a team of experienced project managers, project engineers and superintendents in completing award-winning projects for clients in the commercial, light industrial, institutional, mixed-use, public and private sectors. For more information on Dowdle, visit www.dowdleconstruction.com.

H.E. Butt Grocery has opened a new store in Cibolo, Texas, and plans to cut the ribbon on a 55,000-square-foot e-commerce fulfillment center there later this year outfitted with automation solutions. The center will join a growing footprint of fulfillment facilities that have brought curbside