The third quarter of fiscal 2022 and 2021 included certain restructuring and other items that are not indicative of RPM’s ongoing operations. These items are detailed in the tables below titled Supplemental Segment Information and Reconciliation of Reported to Adjusted Amounts. Excluding these items, RPM’s adjusted EBIT was a third-quarter record, up 0.8% to $80.6 million compared to $79.9 million during the year-ago period. In addition, the company has continued to exclude the impact of gains and losses from marketable securities from adjusted EPS, as their inherent volatility is outside of management’s control and cannot be predicted with any level of certainty.1 Excluding charges not indicative of ongoing operations, adjusted diluted EPS was $0.38 in the third quarter of both fiscal 2022 and 2021.

“RPM’s associates persevered through unprecedented supply chain challenges, Omicron-related disruptions and inflation to generate record EBIT and record sales during the third quarter despite a difficult comparison to the prior year,” stated Frank C. Sullivan, RPM chairman and CEO. “Adjusted EBIT growth was driven by three of our four segments, which leveraged selling price adjustments and operational improvements to the bottom line.

“We have been fast to respond to supply chain challenges by quickly scaling up in-house resin production at the manufacturing plant we acquired in Texas last September. Additionally, as a result of our on-going investments in the fastest-growing areas of our business, our high-performance building construction and coatings systems have achieved accelerated growth. Construction and industrial maintenance activity was robust, energy markets began to rebound, and consumer takeaway remained strong.

Construction Products Group net sales increased 21.7% to a record $482.0 million during the fiscal 2022 third quarter, compared to fiscal 2021 third-quarter net sales of $396.0 million. Organic growth was 23.2% and acquisitions contributed 2.2% to sales. Foreign currency translation headwinds reduced sales by 3.7%. Segment IBT was $31.5 million compared to $14.4 million a year ago. EBIT was $33.2 million, up 101.4% compared to EBIT of $16.5 million in the fiscal 2021 third quarter. Excluding certain items not indicative of ongoing operations, fiscal 2022 adjusted EBIT increased 89.7% to a record $35.1 million compared to adjusted EBIT of $18.5 million reported during the year-ago period.

CPG record revenue growth was largely due to the continued success in promoting its innovative building envelope products and differentiated restoration solutions. CPG’s fastest-growing businesses were those providing roofing systems, insulated concrete forms, commercial sealants, as well as admixtures and repair products for concrete. The segment’s international operations generated strong top-line growth in local currencies, which was muted by the strengthening U.S. dollar. Despite a difficult prior-year comparison, CPG was able to increase adjusted EBIT and EBIT margin to third-quarter records as a result of improved product mix, volume growth and operational improvements. All of these factors, combined with selling price increases, helped to offset high raw material inflation.

Performance Coatings Group net sales were a record $270.9 million during the fiscal 2022 third quarter, an increase of 19.6% from net sales of $226.5 million reported a year ago. Organic sales increased 17.8% and acquisitions contributed 3.4%, which were partially offset by a foreign currency translation headwind of 1.6%. Segment IBT was $24.9 million compared with IBT of $12.2 million reported a year ago. EBIT was $24.8 million, an increase of 105.6% compared to EBIT of $12.1 million in the fiscal 2021 third quarter. Adjusted EBIT, which excludes charges not indicative of ongoing operations, increased 89.9% to a record $26.8 million during the third quarter of fiscal 2022 from adjusted EBIT of $14.1 million during the year-ago period.

SPG generated record sales as a result of strong performance at nearly all of its businesses, with the highest growth coming from those serving the OEM and food additives markets. In addition, sales of the disaster restoration equipment business rebounded after securing a supply of semiconductor chips and reconfiguring its products to accommodate them. SPG adjusted EBIT was a third-quarter record largely due to operational improvements.

As expected, the Consumer Group was able to grow revenue as the severe alkyd resin shortages it had experienced were partially offset due to supply provided by the Texas-based manufacturing facility that RPM acquired in September. The Consumer Group also faced a challenging comparison to the prior-year period when sales increased 19.8% and adjusted EBIT increased 48.6% due to elevated demand for its home improvement products during the pandemic’s first phase. The segment’s fiscal 2022 third-quarter sales were still 23.3% above pre-pandemic levels of the third quarter of fiscal 2020.

Due to the nature of its products and the markets it serves, inflation has had a greater impact on the Consumer Group than RPM’s other segments. In addition, fiscal 2022 third-quarter adjusted EBIT was challenged by unreliable shipping and supply resulting from labor shortages caused by the Omicron variant. Partially offsetting these factors were price increases and operational improvements. The Consumer Group continues to implement price increases to catch up with inflation, build resilience in its supply chain, and invest in capacity and process improvements to meet customer demand.

Total liquidity, including cash and committed revolving credit facilities, was $1.46 billion at February 28, 2022, compared to $1.46 billion at May 31, 2021. RPM’s liquidity remains high, enabling it to manage supply chain challenges while continuing to invest in operational improvements, acquisitions and expanded manufacturing capacity. During the first nine months of fiscal 2022, the company returned $180.1 million to shareholders through cash dividends and share repurchases.

In January, RPM completed a $300 million offering of 2.95% 10-year notes. The net proceeds are intended to be used to repay a portion of the outstanding borrowings under its revolving credit facility and for general corporate purposes.

For the fiscal 2022 fourth quarter, RPM’s operations and those of its suppliers are expected to be impacted by ongoing supply chain challenges and raw material shortages, which will exert pressure on revenues and productivity. The strengthening U.S. dollar will also unfavorably impact the translation of RPM’s results in international markets. While RPM’s sales to Ukraine and Russia are immaterial, the Russian sanctions are exacerbating inflation of energy and transportation costs. They are also creating supply challenges for plant-based raw materials, as well as those that are derivatives of oil. Although it is too soon to discern, rising interest rates may slow business and consumer spending in the coming months.

In spite of these challenges, RPM expects to generate fiscal 2022 fourth-quarter consolidated sales growth in the low teens versus a difficult comparison to last year’s fourth-quarter sales, which grew 19.6%. The company also anticipates sales growth in the low teens in all four of its operating segments as a result of strategic investments it is making to capitalize on market opportunities and industry trends.

Consolidated adjusted EBIT for the fourth quarter of fiscal 2022 is anticipated to increase in the low teens versus the same period last year, when adjusted EBIT was up 10.6%. The company expects that earnings will continue to be affected by raw material, freight and wage inflation, as well as by the impact on sales volumes from operational disruptions caused by raw material shortages. The Consumer Group will disproportionately be impacted by these issues. Its EBIT margins have eroded all three quarters of this fiscal year due to inflationary pressures, which are more impactful on the Consumer Group than RPM’s other segments. The Consumer Group continues to work to neutralize these factors by improving operational efficiencies, implementing additional price increases to catch up with inflation and adding manufacturing capacity to improve resiliency.

RPM remains tightly focused on generating long-term, sustained value for its stakeholders by managing through macroeconomic challenges, accelerating top-line growth and continuously improving the efficiency of its operations.

Management will host a conference call to discuss these results beginning at 10:00 a.m. EDT today. The call can be accessed by dialing 833-323-0996 or 236-712-2462 for international callers. Participants are asked to call the assigned number approximately 10 minutes before the conference call begins. The call, which will last approximately one hour, will be open to the public, but only financial analysts will be permitted to ask questions. The media and all other participants will be in a listen-only mode.

The call also will be available both live and for replay, and as a written transcript, via the RPM website at www.RPMinc.com. 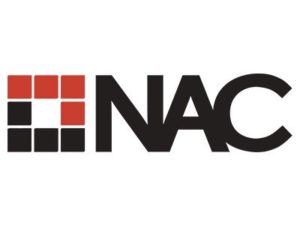