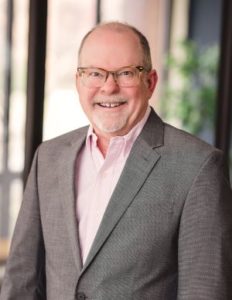 IWR North America, one of the longest standing building enclosure contractors in the U.S., has added Doug Hantak as a project manager. In his role at IWR, Hantak will assist in managing projects from sale to completion and monitoring the supply chain in the architectural metal segment.

“Having an experienced project manager, like Doug, is essential for IWR,” said Todd Staley, president of IWR North America. “IWR wants to maintain its status as an industry leader in the building enclosure market and that would not be possible without dedicated and accomplished project managers.”

Hantak brings more than a decade of project management experience to IWR, working with the architectural metal panel and curtain wall industries. Before joining the team at IWR, Hantak worked as a project manager at Enclos. In his time as a project manager, he contributed to notable projects such as the Mall at Millenia in Florida, Bleu Ciel condominiums in Dallas, and the National Bio and Agro-Defense Facility in Kansas.

IWR North America is headquartered in St. Louis, Mo., with a Southwest Division in the Dallas suburb of Garland, Texas.

Headquartered in St. Louis, Mo., IWR North America is one of the longest-standing contractors in the nation, specializing in building enclosures since 1895. Today, IWR services its clients and communities from multiple locations. Through a strong focus on building façades, IWR has become an industry leader in high-performing glazing, cladding and screening systems. With design, fabrication and installation capabilities, IWR delivers value-added solutions as a single-source building enclosure partner. For more information, please visit www.iwr-na.com or call 314-633-4958.