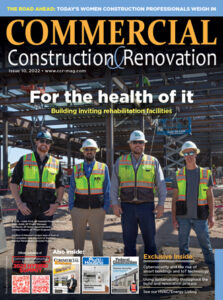 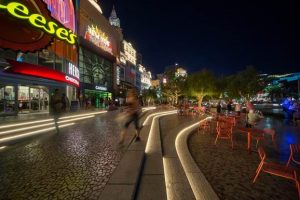 Can urban design help turn a notorious party street into a pedestrian oasis? On the iconic Las Vegas Strip, there’s fresh new evidence in a streetscape and park project involving Cooper Robertson, a leader in urban design and master planning.
Called The Park, this project combines a transformed streetscape on the Las Vegas Strip with a new park space linking two MGM Resorts International hotel properties, New York–New York and Monte Carlo, to the new T-Mobile Arena. The creative and carefully delineated result draws visitors into a dynamic, interactive public entertainment district connected to the Strip, the famed stretch of Las Vegas Boulevard. (Photos are available.)
The master plan arose from an invited competition held by MGM Resorts and won by the collaborative team of master planner Cooper Robertson, working with Marnell Architecture and the landscape firm !melk. Spanning more than eight acres, The Park plan transforms the space between the two resorts with a series of indoor/outdoor venues, and realigns a side street, Rue de Monte Carlo, as a gently curving, tree-lined parkway. The resulting atmosphere recalls a grand European promenade or plaza but with inimitable Vegas flair.
Framed by a lushly landscaped setting with water elements, outdoor dining terraces and informal performance spaces, the plan removes barriers between the public right-of-way and the resort buildings, and regularizes elevations to more seamlessly connect to The Strip.
"The Las Vegas Strip is one of the most visited tourist destinations in the world, and as the city continues to evolve, organizations like MGM Resorts are recognizing the importance of including true urban functions and experiences,” says Cooper Robertson partner Donald Clinton, AIA, MRAIC, LEED AP. "The Park concept reflects an important investment in master planning and public space, and establishes an unprecedented pedestrian environment in a city not widely credited for its public realm."
According to Jim Murren, chairman and CEO of MGM Resorts International, “Beautiful public places are highlights of many of the world’s finest cities, and Las Vegas shouldn’t be the exception. The Park will be the first of its kind on the Las Vegas Strip. To create this picturesque outdoor destination, we are literally taking down the walls and opening the doors at our resorts to develop a unique dining and entertainment district that complements its lush new surroundings.”
ABOUT COOPER ROBERTSON
Cooper Robertson is an award-winning architecture and urban design firm working globally on integrated design challenges at at a range of scales, from city districts to parks to buildings. Founded in 1979 by Alexander Cooper, FAIA, the firm is now led by a core group of diverse and accomplished professionals, and is well known for its urban design work in cities from Barcelona to Miami. Recently completed designs include the Longwood University master plan; the $1.15 billion M City framework in Ontario, Canada; the Miracle Mile streetscape currently under construction in Coral Gables, Fla.; and a new 8.5-acre riverfront research campus for the Children’s Hospital of Philadelphia. 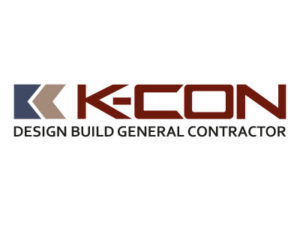 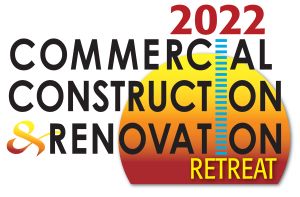 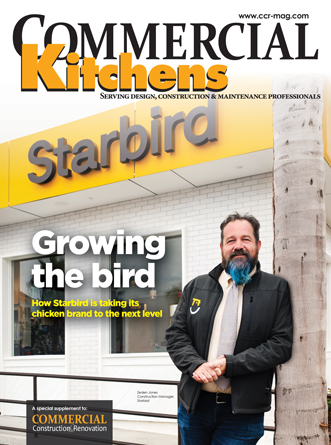 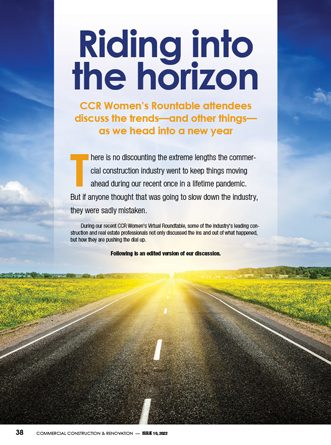 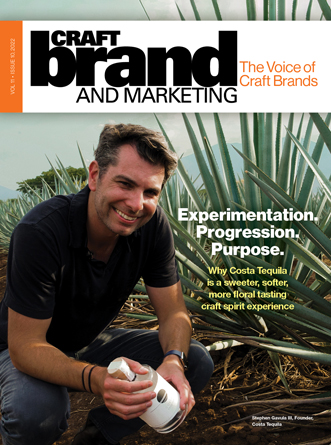 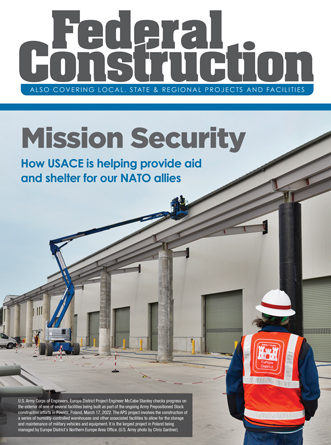 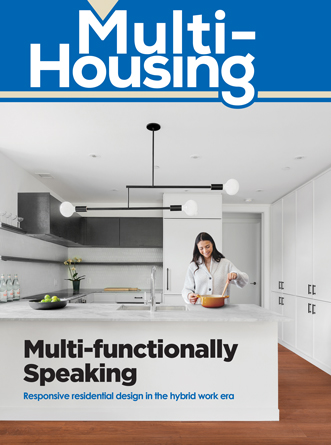 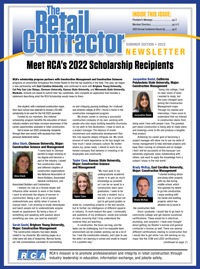