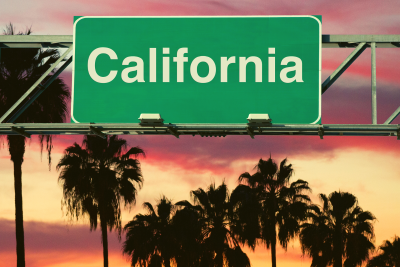 Since the beginning of the pandemic, many large retailers have shut down their stores along America's busy commercial corridors. Empty stores and lots are a familiar site throughout the state of California, as many customers and businesses make the transition online.

Governor Gavin Newsom has recently signed new bills that would speed up new housing development and award funding for specific affordable housing projects across the state. Developers would now be able to build housing on empty commercial land under two new laws in California, and it would also prevent local revenue seeking governments seeking from putting a stop to it.

Two bills from the Senate and Assembly, Assembly Bill 2011 and Senate Bill 6, are among the dozens of housing-related bills being considered that would allow for more housing to be built in commercial corridors zoned for retail and office buildings. Both bills also guarantee union wages to construction workers and accelerate the building process for certain projects. These bills will take effect on July 1, 2023

AB 2011 was the most important housing development bill of the 2022 legislative session. The bill streamlines the approval for multifamily projects on commercially zoned properties. These properties include commercial zones that are permitted for offices, retail, and parking areas.

The law will allow developers to build without permission from local governments as long as they meet certain Below Market Rate (BMR) affordable housing requirements.

SB6, also known as the Neighbordhood Homes Act,  allows for mixed-income projects located specifically in commercial corridors.  To put simply, this bill makes it easier to “dead lots” such as vacant shopping malls into housing. It allows for a quicker approval process for qualifying projects, instead of having to undergo the normal and time consuming rezoning process.

A variety of site and project specifications must be carefully considered to ensure eligibility. Workers must be provided with prevailing wages which generally results in higher costs for builders.

This is a huge win for affordable housing advocates, turning these empty commercial lots into new residential housing in populated areas with parking.

Many local government officials are against the laws as they come with a financial burden. This is because stores generate more property taxes for local governments than homes do.

Many housing advocates complain that commercial buildings are let sit vacant for long periods of time while local governments hope to replace them with new business that will produce property taxes.

California has passed laws in the recent past to offer affordable housing by allowing homeowners to construct additional units on their properties known as ADUs or JADUs. These units allow homeowners to earn extra income by renting them out to tenants while simultaneously increase their property value.

California leads the nation as the most populous state, home to 39 million residents with ever increasing home prices, a housing shortage, and a homeless crisis. Population growth has slowed in recent years, but the state has not built enough housing to meet the demand.

The housing crisis in California has dragged on for decades, affecting both renters and those seeking housing. Housing and rental prices have risen to historic levels, resulting in the second-lowest home ownership rate in the country.