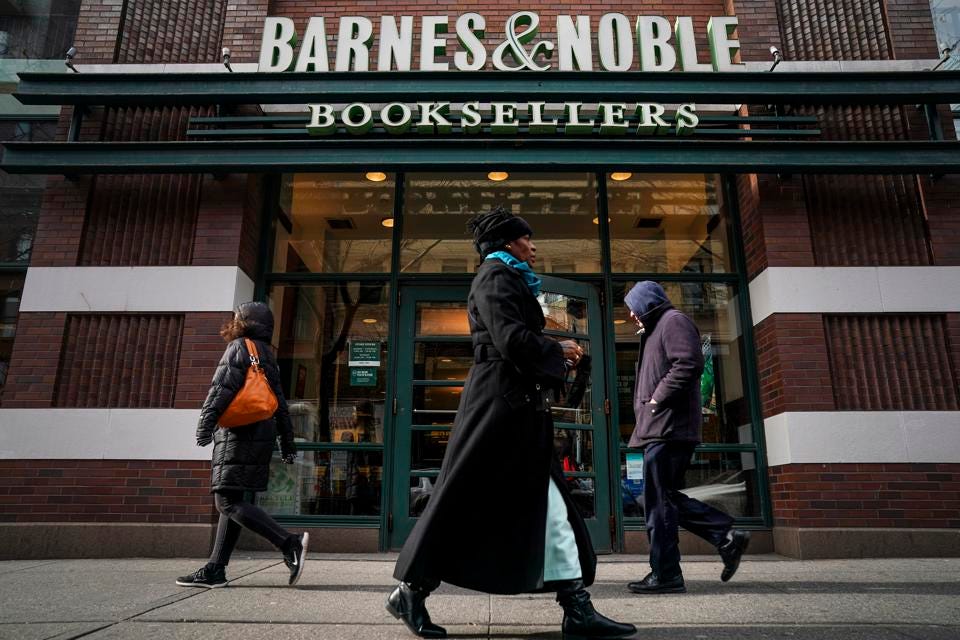 Barnes & Noble opened 16 new stores in 2022 and plans to open another 30 in 2023, including two in the Boston area that will fill former Amazon Books locations. The growth is part of a turnaround effort led by CEO James Daunt that has focused on smaller store formats, including a planned 7,000-square-foot New York City flagship. Forbes