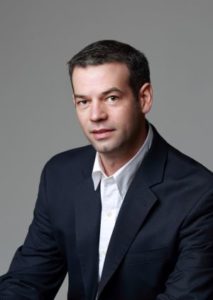 Filippo Berti, Chairman and ChiefExecutive Officer of the Ali Group announced organizational changes at one of its operating companies, Edlund Company.

On August 31, 2022, after more than 32 years of devoted service to the Edlund Company, Peter Nordell will step down from his role as President and Chief Executive Officer. “As many of you know, Peter has spent 55 years in the foodservice industry, with more than 32 of those years as the face of Edlund around the world. During his tenure, Peter has been passionate about the brand and has brought it to its strongest position in its 97-year history. Today, Edlund brands outpace industry competitors, and are globally recognized and highly regarded for their quality, value and reputation. I would like to thank him for his great dedication, his hard work and the excellent result she achieved during his tenure. I wish him the best of health, happiness and success in his retirement,” Berti said.

Ryan Whitney will transition from his current role of Vice President of Operations at Edlund to the role of President. Nordell will be working with him to ensure a smooth transition. They will travel together to important industry meetings and conferences         where Whitney can meet key customers.

Whitney joined Edlund in 2002 as part of the Engineering team and was named Director of Operations in 2010. In 2019, he was promoted to Vice President of Operations. Prior to joining Edlund, Whitney held various engineering positions at companies outside the foodservice industry and also ran his own engineering consulting firm. He has been integral to the company’s success through new product initiatives, support and plant operations.

“On behalf of all of us at the Ali Group, I would like to congratulate Ryan in his new role and thank Peter for many years of dedication,” Berti said.

The Ali Group and its 81 global brands employ approximately 10,000 people in 30 countries and, in terms of sales, is one of the world’s largest groups in this industry. It has 60 manufacturing facilities in 15 countries and sales and service subsidiaries throughout Europe, the Middle East, North America, South America, and Asia Pacific.

For 97 years, Edlund has been on the cutting edge of kitchen equipment — providing foodservice and food processing customers worldwide with quality solutions that take today’s operations to the next level. Known for innovation, Edlund scales have earned best in class 14 times, and smallware and kitchen prep equipment have been recognized repeatedly for excellence in product design and cutting-edge innovation. Edlund’s extensive array of products is backed by the vast resources of the Ali Group. And, with manufacturing facilities in Vermont, USA, along with distribution centers in USA, Belgium and Hong Kong, Edlund can be in your kitchen in just days.